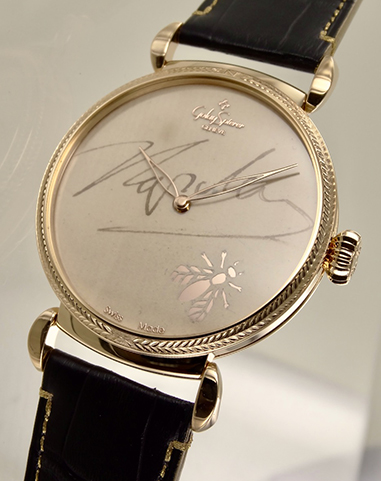 The art of tailor-made

Since 2001 we exclusively manufacture unique pieces made to measure.
Here are the three phases that you live in the creation of your watch:

The path to creation

This first step consists of a meeting to know your tastes, your experience, what you like about watch making, your ideas and your dreams. We are here to guide you, accompany you and establish a common language for you to express, choose and create.

Over the few weeks that the path to creation lasts, we will express your wishes with the help of computer images. Each new sketch is an opportunity to confirm your choices, to make new ones and to explore the limits of your project.

The manufacture of the watch

The manufacture combines crafts, techniques and art. The project is transformed into a set of design plans, specifications and descriptions for twenty different craftsmen.

Over the weeks, we illustrate each step of the manufacturing process. We animate the dialogue between artisans, artists and technicians. Each involved to forging the soul of the watch.

It is in this period that you give a name to your watch.

It is in our workshops that we proceed to the final assembly of the watch.

Beyond the technique, there is in this outcome a very strong emotional dimension that gives life to the watch.

As far as the memory of the family Golay can go, we has been in watchmaking.

Born in 1782 in the Joux Valley, Jaques David Golay settled in Geneva as a watchmaker in 1829.

His son Auguste Golay, founded in 1837 the house Golay-Leresche

This House is according to the founding act, it buys the necessary supplies for the manufacture of the watches that it assembles in its workshops.

At the end of the 19th century the company took the name of Golay Fils & Stahl, it is then with the companies Patek Philippe and Vacheron Constantion the jewels of the Geneva watchmaking.

Motivated by an ancestral watchmaking culture inscribed in its genes, Christophe Golay founded the Golay Spierer brand on January 1, 2001.

Golay Spierer SA moved to its Carougeois workshops in September of the same year.

After 18 years of existence we are at the origin of more than 150 original creations. 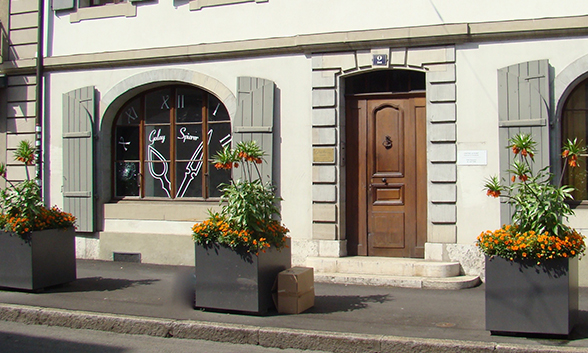